Some claims made by climate science deniers would be downright hilarious if they weren’t so dangerous. I mean, I really don’t know where people come up with some of the things they maintain are fact. And I really don’t get how so many others readily lap it up and accept the wild mistruths as facts.

But then again, when you can convince people that the moon landing was faked, the earth is flat and world militaries controlled by the UN prevent people from travelling to the edges to prove it, and Paul McCartney was killed in a car accident in 1966 and replaced with a doppelgänger, then I guess anything goes.

One of the pearls I often hear is that scientists stopped calling it ‘global warming’ and started to call it ‘climate change’ because the Earth is actually cooling and they had to change the narrative. The reality is, the term ‘climate change’ and ‘global warming’ were used interchangeably basically right from the get-go, both replacing the awkward ‘inadvertent climate modification’.

Another gem comes with the accusation that talk about climate change originated with Al Gore and his 2006 Oscar-winning film ‘An inconvenient truth’. The claim is quite funny, as it is very easy to show that scientific inquiry into climate change goes back considerably further than 2006. Al Gore may have invented the internet, but he didn’t invent climate change.

Here are a few items of interest that show that scientists, businesses and others knew about the potential impacts of burning fossil fuels for quite some time – decades ago in fact – and that climate change was not invented by Al Gore (as many deniers humorously claim).

This article from a 1912 New Zealand newspaper, verified as genuine, briefly talks about the impacts of burning coal on Earth’s temperature. According to www.livescience.com, “The clip was one of several one-paragraph stories in the ‘Science Notes and News’ section of The Rodney and Otamatea Times, published Wednesday, August 14, 1912. The paragraph seems to have been originally printed in the March 1912 issue of Popular Mechanics as the caption for an image of a large coal factory. The image goes with a story titled ‘Remarkable Weather of 1911: The Effect of the Combustion of Coal on the Climate — What Scientists Predict for the Future, by Francis Molena.” 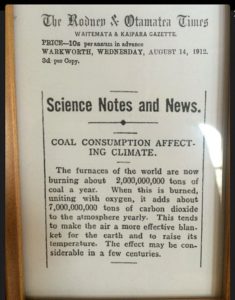 So not only was a connection made in 1912 between burning fossil fuel, increasing carbon dioxide in the atmosphere and warming, but a connection to weather was also made.

The article is kept in the digital archives of the National Library of New Zealand.

In a February 8, 1965 special message to Congress, President Lyndon Johnson warned of the impacts that burning fossil fuels would have on the atmosphere. 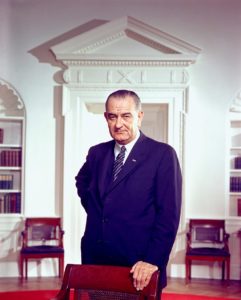 “Air pollution is no longer confined to isolated places. This generation has altered the composition of the atmosphere on a global scale through radioactive materials and a steady increase in carbon dioxide from the burning of fossil fuels.” 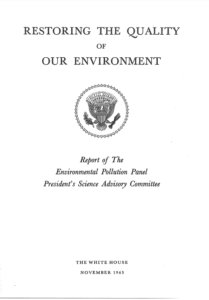 The warning came some nine months before LBJ received the report titled ‘Restoring The Quality of Our Environment’ from The Environmental Pollution Panel of the President’s Science Advisory Committee.

The entire report can be viewed here, including a 23 page appendix on carbon dioxide (‘Appendix Y4 – Atmospheric Carbon Dioxide’).

No, scientists didn’t change the name from ‘global warming’ to ‘climate change

According to Skeptical Science:

“The term ‘global warming’ was first used in a 1975 Science article by geochemist Wallace Broecker of Columbia University. He wrote a paper called “Climatic Change: Are We on the Brink of a Pronounced Global Warming”. (Note the use of the term ‘climatic change’). Here’s NASA historian Erik Conway on the significance of the term:

Broecker’s term was a break with tradition. Earlier studies of human impact on climate had called it ‘inadvertent climate modification.’ This was because while many scientists accepted that human activities could cause climate change, they did not know what the direction of change might be. Industrial emissions of tiny airborne particles called aerosols might cause cooling, while greenhouse gas emissions would cause warming. Which effect would dominate?

For most of the 1970s, nobody knew. So ‘inadvertent climate modification,’ while clunky and dull, was an accurate reflection of the state of knowledge.”

Below is an excerpt from a 1980 report by the American Petroleum Institute showing modelled estimates of  various emission scenarios and their approximated impacts. The API report estimates that a 1 degree C rise (2005) in average surface temperature would be “barely noticeable” [note, 1% is where we currently are with warming]; a 2.5 degree C increase (2038) would have “major economic consequences” with strong regional dependence; and a 5 degree C increase (2067) would have “globally catastrophic effects”. 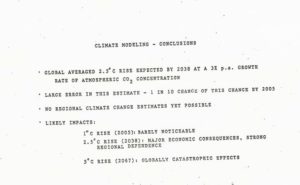 A brief backgrounder on the committee that created the report and the entire report itself can be found here. 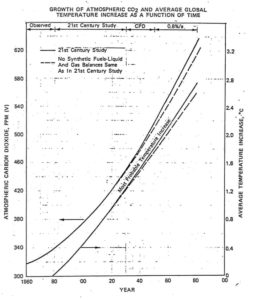 The graphic is eerily accurate, showing about a 1 to 1.2 degree Celsius change in global temperature at about 420 ppm around the year 2020. Currently, carbon dioxide is measuring more than 413 parts per million and Earth has warmed by about 1 degree C since the start of the industrial revolution. 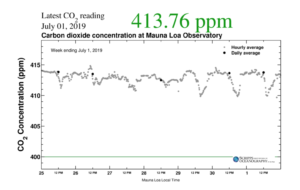 And so did the leaders…

Finally, this video of the 1988 vice presidential debate between Dan Quayle and Lloyd Bentsen shows the two candidates answering a question about what should be done about global warming. This, as many Democrats today have so far unsuccessfully argued that a Democratic Presidential Nominee Debate be held solely on the issue of climate change.

The post Climate change: We’ve known for some time appeared first on insBlogs.