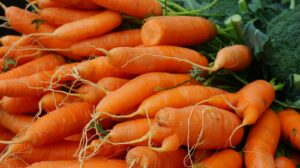 Here we will talk about this secondary function, with a decided focus on the carrot (i.e. incentives) as opposed to the stick (i.e. premium increases, exclusions, threat of cancellation, caps & limits etc).

Unfortunately, in Canada these discounts seldom amount to much and, thus, mostly serve to give insureds a symbolic ‘pat on the back’ for taking actions to reduce losses.

The issue lies with how homeowners insurance is priced.

Hence, if an insurer offers a premium discount for installation of, let’s say, a sewage backwater valve, the discount would only be on the sewer backup portion of the policy – maybe 10 or 15 per cent of $50 or whatever. Indeed, at ICLR, we once dealt with a homeowner who installed a backwater valve after a sewer backup episode. He informed his insurer, who promptly gave him a 15 per cent discount on his premium. It amounted to $1.50.

So generally speaking, offering insurance discounts for resilience aren’t super effective as change agents because the discount would not be based on the entire premium, but only the portion of the premium that is relevant to the risk being mitigated. The situation is different for auto and discounts for snow tires, for example, as there are fewer loadings in an auto policy.

In places like coastal Alabama, where wind pool insurance can easily be five figures, a 10 or 15 per cent premium discount is meaningful. Not so much if the premium is $50.

Yet, I regularly get asked (by people who don’t understand how homeowners insurance is priced) if installing such and such a measure will result in a premium discount, and how it should if it doesn’t. And I regularly read disaster risk reduction researchers and others say that insurance premium discounts are essential for rewarding good risk taking behaviour.

These comments are, more often than not, somewhat misguided.

In a relatively new move in Canada, several insurers have taken to offering clients cash rebates to install risk reduction features like sewage backwater valves. One major Canadian carrier started the trend a few years ago by offering $1,500 to insureds in response to a sewer backup claim. Other carriers soon followed suit, with some offering $2,500 or more, particularly for high value homes. It has now become routine with most major insurers in the country.

In essence, the insurer would pay the claim, then offer the extra funds above and beyond the claim if mitigation work was done and proof of that work was provided to the carrier.

Recently, it came to ICLR’s attention that a few companies are offering similar cash incentives for clients to install Impact Resilient (IR) roofing in places like Calgary (i.e. for hail). This incentive is not well documented, and we don’t have many details about it.

The willingness of an insurer to waive certain provisions of the insurance contract during reconstruction could prove to be one of the most important and influential actions an insurer could take to build resiliency into individual properties and entire communities. ‘Could prove’ because the practice has not yet become commonplace in Canada, though it has been used here and there.

Essentially, typical homeowner insurance policies in Canada contractually require that damaged homes be repaired or replaced with materials that are of “like or similar kind and quality” as the original and that the rebuild take place on the “same site”. This is so insureds are not “enriched” (i.e. enjoy undue financial benefit) from the insurance claim, as the idea of insurance is to bring the insured back to where they were just prior to the loss.

Some insurers maintain that these wordings “force their hands” or limit them with regards to what they can do to “build back better.” However, these clauses essentially exist to protect the client, and if the insurer wants to go above and beyond their contractual obligation and rebuild a property better than it was or rebuild it elsewhere to make it safer (if the insured agrees), it is free to do so. Indeed, some insurers already allow for reconstruction anywhere in the same province or in the country.

Similarly, some insurers require that you purchase bylaw protection coverage in order to get reimbursed for any added costs during a rebuild that may result from new bylaws that have arisen since original construction. Without this coverage, some insurers won’t pay for the added costs.

However, in the case of a major loss, insurers can opt to forego this requirement as a good will gesture and to promote resiliency.

There is nothing new about premium discounts for loss mitigation. Canadian insurers have been rewarding clients for installing loss control measures for decades.

But in recent years, newer approaches have taken root, with insurers paying their clients outright to take steps to reduce losses ($1,500 for a backwater valve in combination with another $1,000 or more from a municipal incentive program becomes a pretty serious incentive for a homeowner to take action. Far more substantial than a 10 or 15 per cent discount on a $50 sewer backup premium.)

And recently, though quietly, it appears that a similar approach is starting to be used to incentive hail resistant roofing in places like Calgary and area.

If insurers think seriously about waiving or writing out policy wordings that limit their ability to build back better or force them to rebuild a home on a floodplain or next to the boreal forest, this can move us more meaningfully toward a more disaster resilient society.

The post How insurers can incentivize resilience appeared first on insBlogs.